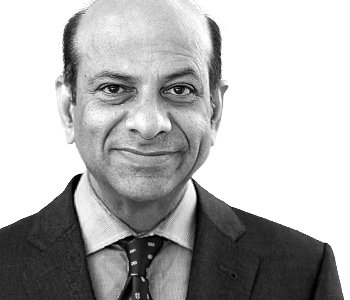 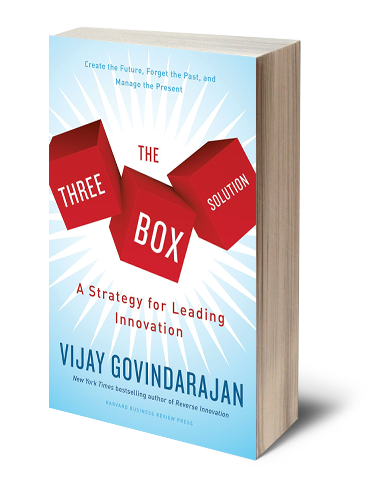 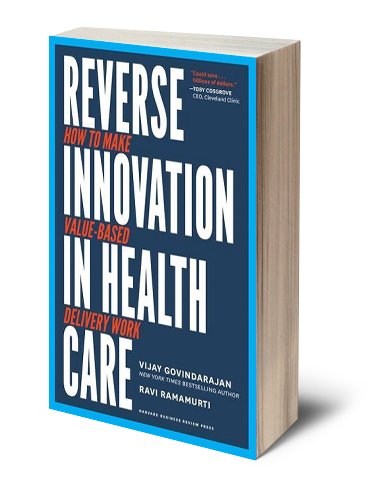 Vijay Govindarajan, known as VG, is widely regarded as one of the world's leading experts on strategy and innovation. VG was the first Professor in Residence and Chief Innovation Consultant at General Electric. He worked with GE's CEO Jeff Immelt to write "How GE is Disrupting Itself", the Harvard Business Review (HBR) article that pioneered the concept of reverse innovation-any innovation that is adopted first in the developing world. HBR picked reverse innovation as one of the Great Moments in Management in the Last Century. In the latest Thinkers50 Rankings, he was ranked the #1 Indian Management Thinker.

He is also a NYT and WSJ Best Selling author, is the Coxe Distinguished Professor at Dartmouth College's Tuck School of Business and the Marvin Bower Fellow at Harvard Business School.

Dr. Govindarajan is one of the rare faculty who has published more than ten articles in the top academic journals (Academy of Management Journal, Academy of Management Review, Strategic Management Journal) and more than ten articles in prestigious practitioner journals including several best-selling HBR articles. He received the McKinsey Award for the best article in HBR. He published the New York Times and Wall Street Journal Best Seller, Reverse Innovation.

VG has worked with CEOs and top management teams in more than 25% of the Fortune 500 firms to deepen and integrate their thinking about strategy. His clients include: Boeing, Coca-Cola, Colgate, Deere, FedEx, GE, Hewlett-Packard, IBM, J.P. Morgan Chase, J&J, New York Times, P&G, Sony, and Wal-Mart. Much in demand on the lecture circuit, he has been a keynote speaker in the BusinessWeek CEO Forum, HSM World Business Forum, TED and World Economic Forum at Davos.