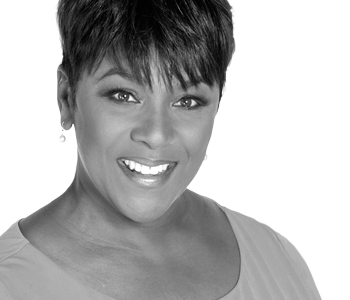 POWERFUL COMMUNICATION: CRAFT AND DELIVER YOUR MESSAGE WITH AUTHORITY AND AUTHENTICITY
with Dr. Debbye Turner Bell
May 20, 2021
8 AM - 11 AM Pacific Time
$395 (US) per person

POWERFUL COMMUNICATION: CRAFT AND DELIVER YOUR MESSAGE WITH AUTHORITY AND AUTHENTICITY

Dr. Debbye Turner Bell is a veterinarian, journalist, minister, motivational speaker, wife, and mother. For three years, she served as the lead U.S. news anchor for Arise News, a global cable news network. She hosted a daily evening news broadcast called “Arise America”. Currently, she can be seen as an expert contributor to the show DOGS 101 on Animal Planet. For 11 years, Turner Bell enjoyed her role in broadcast journalism as a staff correspondent for CBS News starting in 2001. She covered a variety of subjects, and was from time to time called upon to cover breaking and developing news. Turner Bell was dubbed The Early Show's resident veterinarian sharing a wealth of advice about quality pet care. In 2002, Debbye garnered an interview with President & Mrs. Bush at the White House for a Pet Planet segment about the first family’s pets. Periodically she reported for the CBS Evening News. And she provided an in-depth look at the working dogs of the federal agency, Alcohol, Tobacco, and Firearms (ATF) for CBS Sunday Morning. Turner Bell hosted a prime time television magazine program called "48 Hours on WE." Prior to joining CBS, she co-hosted a local television magazine program called "Show Me St. Louis."

The components of powerful communication

POWERFUL COMMUNICATION: CRAFT AND DELIVER YOUR MESSAGE WITH AUTHORITY AND AUTHENTICITY
with DR. DEBBYE TURNER BELL