EXECUTIVE PRESENCE: CONVEY CONFIDENCE AND COMMAND RESPECT AS A LEADER
with Joel Garfinkle
October 29, 2020
11 AM - 2 PM Eastern Time
$395 (US) per person 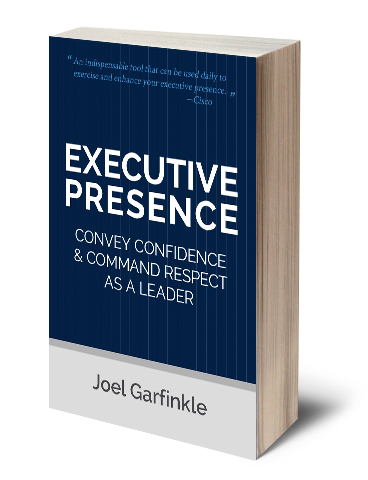 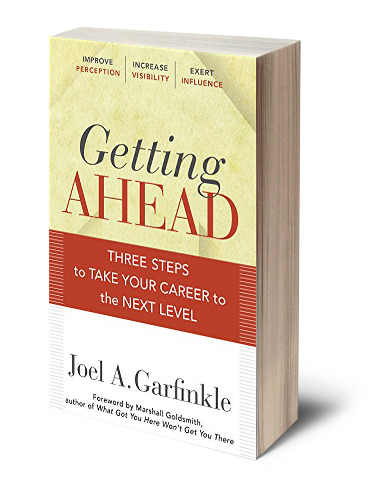 EXECUTIVE PRESENCE: CONVEY CONFIDENCE AND COMMAND RESPECT AS A LEADER

Executive presence means conveying confidence as a business leader, commanding respect, and having a professional magnetism that influences others. Executive presence trades passivity and self-doubt for self-assurance, decisiveness, and bold decision making. With this program, leaders will gain the tools to develop their executive presence and become the elite performers who influence outcomes, contribute to major decisions, and drive change for the betterment of the company. They will create a consistent view of themselves as a compelling force inside an organization. They will learn how to utilize executive presence to shape and positively affect the outcome of situations.

Joel Garfinkle is recognized as one of the top 50 executive coaches in the U.S., having worked with many of the world’s leading companies. His clientele comprises a distinguished and diverse international client base, including Oracle, Google, Amazon, Deloitte, Ritz-Carlton, Bank of America, Starbucks, and many others.  He has 18 years of first-hand experience working closely with thousands of executives, senior managers, directors and employees.He is the author of 8 books and over 300 articles on leadership. Along with his 8 books, he has contributed to the book The Art and Practice of Leadership Coaching (John Wiley and Sons) and Leader to Leader – the award-winning quarterly journal launched by the Peter F. Drucker Foundation. He is regularly featured in the national media, including ABC News, NPR, the New York Times, Forbes, the Wall Street Journal, and BusinessWeek. He has delivered more than one thousand workshops, speeches, and keynote addresses.Mr. Garfinkle’s background includes working as a consultant for two of the top consulting firms in the world: Ernst & Young in Hong Kong and Accenture in San Francisco. His background in executive coaching, performance improvement, and change management equips him to help senior executives, vice-presidents, senior managers and directors achieve results quickly and effectively.As an executive coach, Mr. Garfinkle has helped (1) a director develop an executive plan with phased objectives that will generate more than $60 million in new revenue over the next 12 months; (2) the Senior Vice President of a medium-sized company create and execute a six-month plan that resulted in fast tracking to the CEO position; (3) an executive transition from managing a twenty people to becoming the highly respected leader of 150 employees; (4) a regional director generate $800,000 in cost savings and $4 million in increased revenue while decreasing expenses by $1.5 million; and (5) a mid-level manager advance to VP in just four months.

3 WAYS TO BUILD YOUR EXECUTIVE PRESENCE

(1) RADIATE GRAVITAS: YOU WILL LEARN HOW TO BE POISED, CONFIDENT, IN COMMAND AND CHARISMATIC

(2) ACT WITH AUTHORITY: YOU WILL LEARN HOW TO BE DECISIVE, BOLD, ACCOUNTABLE AND CONVINCING

(3) fully express yourself: you will learn how to speak up, be insightful and clear with your communication.

WHERE DOES EXECUTIVE PRESENCE MATTER AT WORK?

EXECUTIVE PRESENCE: CONVEY CONFIDENCE AND COMMAND RESPECT AS A LEADER
with JOEL GARFINKLE